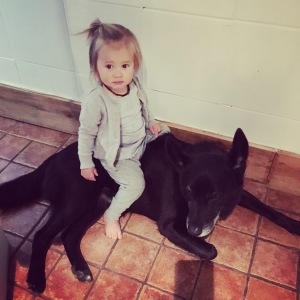 A few weeks back my mother-in-law suggested it was time to start potty training little L. And by suggested, I mean she basically told me I was a failure of a mother for having a child still in diapers at 18 months. Ok, so she didn’t come right out and say that exactly. It went something like, “you should potty train Leni-chan.” I was pretty surprised as I hadn’t even considered it up until that conversation. I stalled, mentioning the North American average was something like 3-years-old (also I wasn’t sure I was ready, let alone the babe). Her response: “my friend Suki had her son potty trained by 15 months.”

What have you done lately?

Ok so maybe she didn’t straight up tell me I suck, but it’s clearly there in the subtext. You hear it, right? Or am I just being extra sensitive? That’s possible, I grant you.

It’s not that it’s a bad idea to start thinking about, per say, I just wish I didn’t have to yet, you know? It’s like this one major thing I thought I could still be lazy about for a while longer. I didn’t think I would be expected to tackle this until she was at least like 2.5.

As much as I hate to admit it, she got into my head (as she usually does). So I went out and grudgingly bought the cheapest potty I could find. Turns out the one with the lowest price tag at Walmart was also a lovely shade of teal that matches the bathroom tile quite smartly.

Lemonade with lemons or whatever.

Anyway, we’ve sort of started to talk to L about it. She hasn’t even peed on the thing as of yet, but we’re trying to entice her to have a bare-bottomed sit down before bath time. We’ve also been tracking her bowel movements throughout the day looking for patterns. The joys of parenthood, am I right? Just in case you were curious, she’s actually pretty regular. Oh, you weren’t? Huh, I see.

Swallowing my ego, I decided to take the high road and mention to my MIL that we were taking her advice, at least starting to introduce the subject to the babe.

A few days later she asked me if Leni was potty trained yet.

Here’s a secret. It turns out–when I’m not especially tired, anyway–the harder people are to please, the more eager I am to win them over. It may have to do with being the youngest of four. I mostly know this is a waste of energy, but it’s more a knee-jerk reaction to rejection so it’s hard to always get it in check.

Anyway, my sister found this intense training method she used for her daughter and the author claims 22 months is an ideal time to try it. That is not very far off, but it does buy me some time. In the meantime, we’ll keep talking about it and inviting L to try the potty. If she seems like she may be ready, then when the time comes we’ll attempt to get her out of diapers for good (at least day time diapers). If it takes longer, though, I’m definitely not forcing it.

It’s worth a shot. And hey, the cost and footprint of diapers is no small thing. So that’s a pretty good motivator, too.