In England in 1910, Ursula Todd is born and dies before she takes her first breath.

In England in 1910, Ursula Todd is born and lives to tell the tale.

What if there were second chances? And third chances? What if you could live your life again and again until you got it right? Spanning over the First and Second World Wars, Life After Life follows Ursula, seemingly blessed with the gift to do just that, but every turn of fate holds different consequences as she lives and relives the turbulent events of the last century.

There have certainly been times when I’ve considered what it would be like if I went back to pivotal moments in my life and chose a different path. I think it’s fair to say that most people have contemplated the very same. I suppose that’s what made this book such a compelling read.

And if you think this story sounds complicated, you’d be right, but Atkinson somehow manages to weave through time and space seamlessly. I never had a moment where I questioned the reality she’d created for Ursula, which is saying something.  And more than that: I was absolutely invested in Ursula’s journey. While there is certainly a strong element of fantasy, the story is also grounded heavily in the harsh reality of the interwar years. The Todd family’s patriarch fights in the First World War and the Todd kids serve in the Second. It’s crazy to think of how many families suffered a similar fate. Atkinson certainly has an extraordinary ability to evoke the past and I was totally transported along side Ursula.

This ambitious book is beautifully told and impossible to put down. I urge you to pick it up this summer. I wish I could go back and read it for the first time all over again. Sigh. 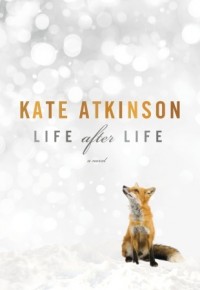